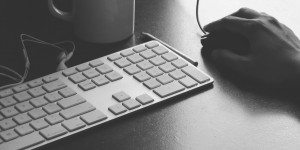 A large salary is no longer the top priority for graduates when looking for their first job, according to a poll of just over 1,000 students by EY.
When asked to rank the most important considerations when choosing a future employer, only 11% of students said the size of the wage packet would be the determining factor.
Salary and benefits fell to fifth place in the ranking overall, down from joint top position last year. Access to training and development opportunities topped the poll once again, with 35% of the vote – an increase of 15% from last year. It has been the most popular choice since the poll was first run in 2007.
Julie Stanbridge, Head of Student Recruitment at EY comments: “Money clearly isn’t king for today’s graduates as this drop in importance shows. With the graduate job market recovering, the class of 2015 are making longer term decisions about what their first job will bring to their career prospects, rather than focussing on the quick win.”
Julie continues: “It’s no surprise that training and development once again remains top but there is now more debate around what quality personal development looks like for new entrants to the workplace.
“We are seeing moves away from structured classroom based seminars and Powerpoint slides to on-the-job learning in dynamic teams and through working collaboratively on projects.”

People and culture and having a job with a good work-life balance have both risen in the survey rankings from last year. 21% and 13% of respondents cited these are being the most important respectively. The reputation of a business came in third place with 14% of the vote.
Julie comments: “Today’s graduates are looking for job satisfaction at inspiring and progressive workplaces, with initiatives such as flexible working being seen as ‘business as normal’ and something to be expected rather than a perk.
“Start-ups, especially, in the tech industry are leading the way in challenging traditional corporate cultures and norms. Larger graduate employers, however, aren’t resting on their laurels and are placing more importance in creating connections with students through face-to-face interactions at universities and careers fairs, as well as through social media.”

The poll also questioned students about where they looking for their first job. London proved to the most popular destination with 54% of graduates stating that they were hoping to start their career in the capital. The next most popular option was overseas, with 7% of students looking outside the UK.
Julie comments: “With the popularity of overseas gap years increasing, you can see why some graduates would want to seek out international opportunities.
“Many large companies, such as EY, offer opportunities to work with clients across the globe.
“However, for those who would rather stay closer to home, 42% of our graduate and student places are available outside of London and across the UK, which means students and graduates can work with a broader range of clients and companies than in London.”
EY, one of the UK’s largest student recruiters, is currently recruiting for over 800 graduate trainee positions, 100 school-leavers, and 500 places on its undergraduate programmes for 2015.