KPMG first firm of The Big 4 to split 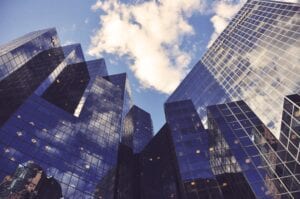 KPMG has been the first firm from The Big Four to split with the aim to separate their non-audit work in the past year amidst scrutiny. They have just completed the sale of their former pensions advisory practice which will be the start of separating out their non-audit work. The firm has partnered with their current UK pensions partners and private equity firm Exponent to complete this venture and create a new company called Isio which is now an independent UK pensions advisory firm.

Who are The Big Four?

If you have your eyes set on a career in accountancy you most probably have heard of ‘The Big Four’. Most graduates try to aim to work for The Big Four particularly in accounting and finance. To give a quick summary of who the big four are, it is the name given to the world’s four largest finance firms, this includes Deloitte, Ernst & Young, KPMG and PricewaterhouseCoopers. All four of these networks are similar in size and quality compared to others in the industry. They each offer various professional services which included audit, assurance, actuarial, management consulting, corporate finance and legal services amongst other services.

What do they do?

Why are they splitting up?

Due to this threat, the Business Committee has recommended a ‘full structural break-up’ of The Big Four which may be where the network is heading in the future. The Competition and Markets Authority (CMA) also suggested an operational split between accountants’ auditing and consultancy arms earlier this year. From this, The Financial Reporting Council (FRC) has set out their regulator’s expectations to the Big Four and other large audit firms in the UK for a functional split to restore the quality in auditing and improve audit market resilience.

Check out our careers advice page if you need any tips and advice to pursuing a career in accounting and for more news and features click here.