Big Four told to split off audit arms by 2024

The UK’s “big four” accountancy firms have been told to split their auditing operations by the Financial Reporting Council.

The “big four” accountancy firms are KPMG, PwC, Deloitte and EY. They are known as the “big four” purely for their size. They are the four largest professional services firms in the world.

Each are present in between 120-160 countries and are known for their expertise in accounting, tax, audit and advisory work.

Who are the ‘challenger firms’?

The firms just outside the big four are often known as the ‘challenger firms’.  These include BDO, Grant Thornton and Mazars. These firms are still of significant size and reputation, and often compete with the “big four”.

Why do the “big four” have to split their audit operations?

The FRC have told the firms that they have to ‘fence off’ their auditing operations. This is to improve oversight of corporate finances. 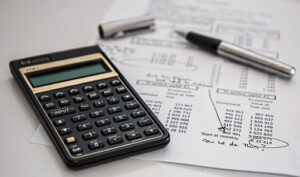 This has come in the wake of several high-profile collapses including BHS, Carillion, Thomas Cook and more recently, the Wirecard scandal. The collapse of the UK outsourcer Carillion triggered a review into the audit sector. There have been three government reviews into the accounting profession since but no legislation passed.

The order from the FRC is the first reform aimed at improving the profession.

What will splitting the audit operations achieve?

So why have the “big four” been told to split their auditing operations? What will this achieve? 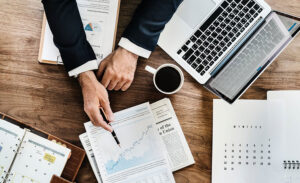 Therefore, splitting the services up, and having audit operating separately, will eliminate this conflict of interest. It is also hoped that this will also create more competition, as the “big four” are often described as having a “stranglehold” on the audit market. As it stands, the “big four” audit all of the FTSE100 and all but 21 of the FTSE250.

The FRC’s plan will ensure that firms pay auditors in line with profits of their audits, ringfence the finances of the audit division and introduce an independent board to oversee the practice.

The “big four” will have to have plans in place by October, and will have up to four years to implement this reform.

What has the reaction been?

The reaction to this announcement has been widely positive. Jon Thompson, chief executive of the FRC has said that the changes represented “a major step in the reform of the audit sector”.

However, some have said that the reform does not go far enough. Last year, a committee report, The Future of Audit, argued for a full break up of the big four. The report said that it would be the most effective way of eliminating the conflict of interest. Others have criticised the time frame they have been given, saying that four years is too long.

On the other side of the argument, some have expressed concern at the logistics of breaking away their audit arm as this would include having separate balance sheets.

What will happen next?

While the firms are preparing to break off their auditing operations, it is expected that the FRC itself will also be disbanded. It is expected to be replaced by a more powerful regulator, the Audit, Reporting and Governance Authority. This new regulatory body will have greater powers to force change, as currently the FRC relies on voluntary compliance.