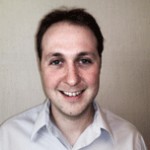 I grew up on a farm in Shropshire and decided at an early age that I wanted to get into business and work in the city. I was accepted onto a course at Manchester University to study a BA in Economics.
This provided me with an understanding of business and after attending university careers fairs, and talking to ICAEW, I decided to use my new found business knowledge towards a career in the accountancy profession and study for the ACA. The ACA qualification is probably the best business qualification to have and provides a platform for moving into a variety of business roles and sectors.

After university I was lucky to get a number of job offers, but chose KPMG because of the people I had met during the interview process. Looking back on the decision, I know I made the right choice given the opportunities the firm has given me both in the UK and overseas. Whilst training for my ACA, I worked in the Financial Services Audit department and worked on a large number of banks and insurance clients such as the Co-operative.
The exams were the hardest I had ever taken and require commitment and some sacrifices to be successful. I still remember the 13 weeks at college leading up to my final exams, which consisted of eating, sleeping and studying, with the odd night out to relax.

My role at KPMG

I currently work in KPMG’s Advisory Practise, with a focuson accelerated mergers and acquisitions and debt advisory. Given the current economic environment the variety of work is vast and no day is the same. Currently I am actively selling two businesses, advising on a debt for equity swap and performing a formal company valuation.
Working for such a large corporation I’ve had many opportunities to work abroad. After qualifying, I went on secondment to Australia, where I continued to work on the audit of large banks and insurance companies in addition to gold miners, retailers, mineral testing companies and ski resort owners. I have also been on secondment to Hong Kong for an audit on Standard Bank.
On my return to the UK I worked in Corporate Finance for three years, with exposure to a number of companies, from petrol stations, professional services, ferry operators, food services and manufacturers.
Over the last 15 months I have worked in KPMG’s Advisory team working on security companies, brewers, retailers, the NHS, Satellite Manufacturers and newspaper publishers.

What I enjoy most about my job

I love the variety of work and people, both those I work with and those I meet. To give you an example of the variety of work I have been involved with, when I was on secondment to KPMG’s Brisbane office for two years, I volunteered to go to Papa New Guinea to look at a gold mining client.
At the time, I didn’t know anything about the country: it was just another place to visit, which sounded exotic. However, things soon changed when the light aircraft I was travelling on from Australia landed on a tiny runway with a wooded hut as a terminal. I was then led to a helicopter, as it turned out the client was based deep in the jungle.
Another project I have been fortunate to get involved with is managing KPMG’s relationship with the British Taekwondo Team as part of a long-term CSR programme in the build up to the London 2012 Olympic Games. I thoroughly enjoy this role, something different to my normal work and a great change to help a sport develop through to London 2012 and beyond.

Advice to potential ACAs is that the career is what you make it. The ACA qualification gives you so many opportunities and to get the most out of it you need to know what you want and go for it. To complete the qualification, I would say you need drive, commitment, an eye for detail and an outgoing personality for developing new contacts and relationships.