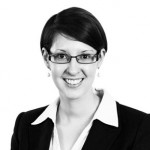 Caroline is involved in updating Grant Thornton’s UK tax practice for changes in legislation, HMRC practice and any other relevant changes. She works on a variety of UK taxes but maintains a focus on Corporate Taxation.

How I chose a career in tax

I read maths and philosophy at Oxford University, graduating in 2007. Towards the end of university, I decided it was time to explore career options. I chose accountancy because of the analytic rigour that it provides and because I wasn’t quite ready to give up working with numbers.

I applied for work experience at the biggest firm in Oxford, Grant Thornton, and spent three days in tax and one in audit. I really enjoyed my time in tax, preparing simple corporation tax computations and learning basic things like disallowing capital items. So, I decided to apply for a graduate job in corporate tax the following year.

Exams and a change of role

I gained my ACA qualification in the corporation tax department of Grant Thornton’s Oxford office, working predominantly on compliance but with some exposure to more interesting advisory projects. Shortly after qualifying, I moved to Durham for my husband’s work.

As there was no Grant Thornton tax office near Durham, a simple location transfer was not an option but I investigated the possibility of a role within the national technical support team. This meant two days a week in London, working from home the rest of the time. As well as suiting my logistical requirements, this new role was an exciting opportunity to improve my technical skills, so in May 2011 I accepted the job offer.
Following a year’s maternity leave from April 2012, I was keen to get back into the technical tax world and studying for my CTA qualification seemed like the perfect way to do that. I sat the Awareness and Advanced Corporation Tax Advisory papers in May 2013, just after returning to work, and the Owner-Managed Business Advisory paper in November 2013. With a welcome exemption from the case study, that completed my studies.

Working as an assistant manager in the technical support team provides a huge variety of work. Although my background is corporation tax and I still feel most comfortable in that area, I have had the opportunity to work on capital gains tax for individuals, the new annual tax on enveloped dwellings legislation, some inheritance tax planning and employment tax matters.
There is also a great deal of variety in the type of technical work I cover, which includes:

As well as the technical work, there is a degree of project management, as we seek to create new systems to aid collaboration across the firm and implement new policies and procedures. There is also a large element of people management, as we have a rolling programme of secondments, with new secondees joining every three months.

How it differs from a client-facing role

It was strange at first, moving from a role servicing several external clients to one where my only client was the rest of the firm. Building an extensive internal network with key people across the practice helped me to think about the firm as a client – much like building a relationship with a finance director makes it easier to think of a company as a client.

There is also much more focus on current and future legislation, compared to my previous role, which was a largely backward-looking compliance one. I particularly enjoy getting involved in the policy elements of the job and relish the opportunity we have to be involved in shaping legislation. That said, it can be frustrating if our comments are not taken on board.

It is probably fair to say that the role is more flexible than a client-facing role, which fits perfectly with family life. With the exception of Budget and Autumn Statement days, there is much less urgency and stress than I experienced in my previous client-facing role. The added bonus is that I know exactly when the stressful days are going to be. Gone are the days when an urgent query comes in from a client at 3pm on Friday and needs dealing with before 9am on Monday!