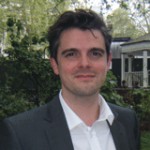 Nicholas works for Kroll as a Associate Director within their financial investigations department. He studied business management at the University of Leeds.

My training so far

I recently moved to Kroll to take up a position as an associate director in their financial investigations department, but I have also worked for PwC and spent some time at RSM Tenon in the New York and London offices.

I had an internship with PwC in Shanghai during the first year of university. Whilst I was there I discovered the Forensic Accounting department and was really interested in the projects they were working on. The following summer, I managed to secure an internship with PwC New York in their Dispute Analysis & Investigations team.
After graduating I moved to New York and worked on a variety of investigations including an anti-money laundering investigation and Office of Foreign Asset Control engagement in Tokyo. On moving back to the UK, I helped build the RSM Tenon Forensic Accounting team in London, which was where I began my ACA. I have since moved to Kroll, which represents a very exciting new chapter in my forensic accounting career.

Forensics varies so much with each case you’re working on. One morning I could be reading witness statements for a money laundering investigation, another I could be packing my bags for a remote destination to take part in a corruption investigation. For me that is the best part of the job. I like change and fluidity in my daily activities, it keeps things interesting.

I enjoy the range of interesting cases we get, from drugs lords laundering money to South American oil pipeline insurance claims. I also like the opportunity to work in far flung places. So far I’ve been lucky enough to have worked in New York, Shanghai, Tokyo, Warsaw, Philadelphia, Tampa, and recently Afghanistan.

How have you found mixing work and study?

The work/life balance within forensics varies between companies and then it varies on the daily workload. Yes, we occasionally work late; in New York I had a pretty intense week which saw me leaving work in the small hours during very busy times. In London, it’s been mixed, I believe we have a pretty good work/life balance, but then sometimes you have a deadline and you work to it.
The biggest challenge is living in the culture capital of the world and not going bankrupt! On a more serious note, forensics is challenging – there are ideas and frauds that you would never have thought possible, until you uncover them.

What the future holds for me

Hopefully, a work/life balance and a happy family, a little notoriety would be nice too. I’m looking forward to getting the ACA letters after my name, as well as the opportunities that will afford me.

My experience of the recruitment process consists solely of interviews. I know the ‘Big Four’ like to do psychometric testing, but I’ve always had interviews. Initially with HR and then with the Managing Director, we discussed competencies, personal and technical, but mostly just got to know each other. The key is to get your personality across, because you can be as intellectually gifted as Stephen Fry, but in a small team the key ingredient is your personality – if you haven’t got the personality they want then it’s very tough to get the job.

Few accountancy firms hire graduates directly into forensic accounting. For the ones that do: you need the standard academic foundations, a dynamic mind and the willingness to travel wherever, whenever, for however long is required. All the work we do in forensics can end up in court, so you need to make sure it is all 100% accurate and conceptually well founded.
I am part of a small team, we interact frequently with our directors; consequently, the most important ‘soft skill’ to have is people skills. The versatility to communicate well with directors, juniors, barristers and solicitors will stand you in good stead.