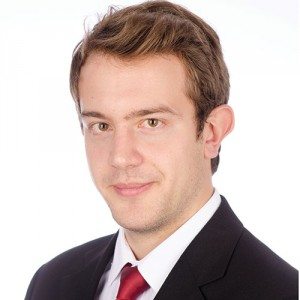 How did you get your job at Kreston Reeves?

I decided to apply for Kreston Reeves after speaking to some of the team at a careers fair which was being held at my university. The application process involved:

Everyone who I’ve worked with so far at Kreston Reeves has been very supportive which has helped me to learn a lot within a short space of time. Getting to know people outside of the office through the various socials that are arranged has also helped with this. Finally, it’s a really exciting time to be working at Kreston Reeves, especially with the recent merger with Spofforths that has opened up a range of new opportunities.

Why did you choose Kreston Reeves?

The key factor that motivated me to apply for Kreston Reeves was the training that’s provided, which was highlighted by the various awards the firm has won. In addition to this, Kreston Reeves stood out amongst the other firms I applied to due to the personal approach they had throughout the application process.

What are your main duties/roles in your current position?

Working within the corporate services means I perform the basic audit tests, such as obtaining confirmation of a client’s bank balance, carrying out stock takes and performing walk through tests. In addition to this, I’ve been lucky to support senior management in preparing a couple of tender documents and helping to implement a new system for filing annual returns. So in a short space of time I’ve been involved in a wide range of tasks that have really helped to develop my skill set.

How do you see yourself progressing from your current position in the next 2-3 years?

In the next couple of years my aim is to complete my training, which involves passing eight more exams and demonstrating that I’ve applied certain professional skills. After this I hope to start leading some of my own audits and potentially finding a certain sector to specialise in.

What challenges have you come across and what support have you received?

When I first started at Kreston Reeves there was a steep learning curve. This was because I came from a non-accounting background so was unfamiliar with a lot of the technical concepts. However, the firm has supplied great support through assigning me a ‘buddy’ and providing in-house training, which has helped to supplement what I’ve learned at college.