The Future of the Tax Profession

In the last 10 years there have been some considerable changes to the tax market in the UK, public perception towards paying tax has changed, many avenues to tax planning have been blocked, the market has become more globalised, we have seen the rise of automation and finally we still have Brexit to come. In this article, we look at what is in store for the tax profession in the future.

In late 2012 and early 2013 the Public Accounts Committee (PAC), the body responsible for examining government finance and making sure it gets value for money, began a crusade led by the chairwoman Lady Margaret Hodge. Their cause was to see if corporations and individuals were paying their ‘fair share’ of tax. This was a seismic shift in attitude to the traditional view that tax is a legal, not moral, issue.

The PAC’s investigation into large corporations such as Amazon, Starbucks and Google led to significant newspaper coverage. Whilst it became obvious to those working in the tax profession that the PAC did not always know or understand tax law. None of the companies it investigated were made to pay more tax, as their tax arrangements were correct within existing UK and international law. However, it brought taxation into the public consciousness, and with the PAC’s grilling of the Heads of Tax of the UK’s largest accountancy firms, suddenly the tax profession itself was a topic for dinner party debate.

Public debate over the morality of what is a ‘fair’ amount of tax to pay versus the actuality of what is the legal amount due, combined with increased legislation from both the UK and international bodies, means that tax is becoming increasingly complex. Two pieces of legislation DOTAS (Disclosure of Tax Anti Avoidance Schemes) and the GAAR (General Anti Avoidance Rule) have led to end of mass marketed tax planning schemes which used loop holes in the law to allow individuals and companies to cut their tax bills.  This along with the public naming and shaming of celebrities and high profile individuals by the press for the use of tax planning products has caused a big shift in the tax market. The boutiques which sold the schemes have largely closed and the large accountancy firms have disassociated themselves from this sort of planning moving to a more bespoke model tailored around an individual’s particular circumstances rather than using an off-the-shelf, one-size-fits-all model.  It has also led to an increase in Tax Investigations or Tax Disputes teams in accountancy and law firms who help clients deal with HMRC when their tax affairs are being investigated. These teams often led by former Inspectors of Taxes who are ‘gamekeepers turned poachers’ help their clients to settle disputes with HMRC.

A large part of an in-house tax professional’s role is to shield their employer from adverse publicity by ensuring that their tax policies are seen to be not only within the scope of the law but also to be morally acceptable to the general public. Where once Heads of Tax were celebrated for saving their employers tax now they are encouraged to show how much tax their business has paid and there are statements explaining this in the glossy brochures of each FTSE 100.

Tax is becoming an increasingly global phenomenon. The Big Four and top 30 accountancy firms and large commercial law firms manage the affairs of their clients across borders. Graduates in these teams often have the chance to undertake secondments overseas, or at least to talk to their colleagues in other offices and time zones. Increased globalisation has led to new specialisms in tax such as expatriate taxation and transfer pricing. Expatriate taxation advisers help employees and employers with their local country tax and home country taxation when staff works away from home. Transfer pricing professionals advise international companies on the allocation of profits and losses within the jurisdictions in which they are based or trading. This then determines how much tax is paid in each jurisdiction. 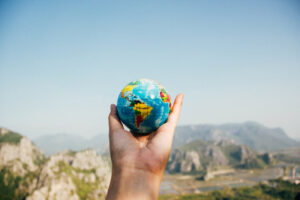 The tax market in the UK has taken advantage of cheaper employment overseas – so that more basic process work such as tax returns and tax computations are often outsourced by large accountancy firms to their offices in India. This means that tax trainees in the UK in the larger firms spend less time working on tax compliance than their predecessors.

Tax is also becoming increasingly regimented; companies with turnovers in the UK of over £200 million, for example, now have to appoint a Senior Accounting Officer (SAO). Part of their role is to monitor the tax paid by the business and to ensure that the deadlines for reporting and paying tax are met in a timely fashion. Tax professionals are also moving ‘in-house’ to PLCs to help finance professionals with reporting. These in-house tax professionals help the company with reporting and tax accounting, and also with legitimate tax planning.

Alongside outsourcing of computation work to cheaper global markets the tax profession has seen the rise in automation of some processes which were traditionally performed by tax advisors and tax accountants. HMRC is planning to make the majority of all tax reporting ‘digital’ by 2020. This means that HMRC will have access to individuals’ and companies’ bank accounts, payroll and accounting systems and that it will use this information to try and establish tax due in ‘real time’. Up until now for corporate and personal taxes, individuals and companies would prepare accounts and tax returns after their year end and then calculate the tax due and pay it. HMRC’s ‘Making Tax Digital’ scheme plans to effectively speed up the process. Having direct access to bank account information also means that HMRC is hoping to catch out anyone who is avoiding paying tax.

Whilst automation means that some roles in tax will disappear it also leads to new roles. Increasingly accountancy firms and HMRC are using A.I to improve process and help clients to make their tax reporting more efficient. There is now a new type of tax professional a ‘tax technologist’ who uses computer savvy and process improvement skills to help their clients.

The accountancy firms themselves are modernising, they are more open to flexible and homeworking as technology and communication systems have improved.  They actively encourage their tax trainees to be innovative to develop apps to help clients or to help communicate with clients and target clients via social media platforms. 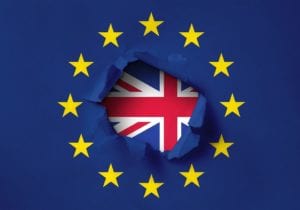 Brexit will also lead to more work for the tax profession in the UK. The UK disassociating itself from Europe and the European Customs Union will have a huge impact on indirect taxes. Whichever form of Brexit happens whether ‘Hard’ ‘Soft’ or ‘No Deal’ – businesses that currently acquire goods from or despatch goods to the EU will be required to treat these movements as imports and exports and will have to pay tax on them. It is also important to remember that the UK currently enjoys access to more than 50 free trade agreements with countries around the world, negotiated by the EU – access to these may be lost as a result of Brexit. This means that both Customs Duty and import VAT will, potentially, be payable – not to mention the additional administrative cost arising from the need to process import and export declarations and instruct handling agents where necessary.  This tax will have an impact on the prices on goods that come in to the UK. Imagine you are a car manufacturer and now you ships parts from China, they enter Europe in Germany and you pay import duty on them in Germany. They then get shipped to the UK and when they arrive here under the EU there is no further duty, but after Brexit there will be a second lot of duty and VAT to pay as they arrive at the second border.  Many accountancy firms are now advising their clients on the logistics of changing their trading routes so that their imports only have to go through one set of borders to arrive in the UK.

In many ways the role of the tax advisor or tax accountant is changing very rapidly in the UK, it’s increasingly not about the simple preparation of tax returns and computations although there are still elements of this. I often think that a successful senior tax professional has morphed into a kind of management consultant hybrid that advises clients on the planning of their tax affairs, international law and reputational risk. Its an exciting time to join the tax profession and where there is change there is always opportunity. 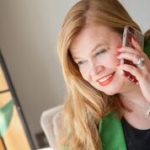