The Future of Accountancy

In the build up to the millennium, governments and businesses invested time and resources preparing for the Y2K bug. The year 2000 arrived without problems, but something not anticipated was the series of accounting scandals that soon followed. The collapse of Arthur Andersen and the bankruptcies of WorldCom and Enron, along with the loss of public confidence in the accounting profession, signalled change. In this article, we look at what the future of accountancy might look like.

Scrutiny of the accountancy profession has increased over the last decade. Governments and regulators, particularly in the UK and Europe, have turned the regulatory spotlight to auditors and their role in the crisis. Today chartered accountants thrive on challenge, are resilient, think creatively, show initiative, have good people skills and work to help businesses succeed. 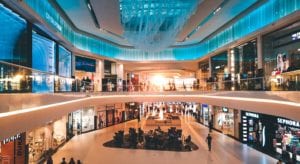 To embrace challenges and add value to clients, accounting firms now see their staff as the source of their future competitive advantage. The accountancy sector is the biggest recruiter of graduates. In 2013, ICAEW membership rose to over 140,000 and the number of ACAs in training also increased to a 19-year high in 2012. This will supply a growing industry demand for leadership, business skills and better financial management.

Despite the pressures to retain clients and keep fees steady, good advice is essential and therefore demand for accountancy services remains strong.

Challenges and opportunities – bad for sales staff, good for administrators and auditors!

While the high street is in crisis and the banking industry is under scrutiny, accountants are perhaps more vital than ever before.

The start of the year was a busy time for administrators. In Q1 of 2013 there were an estimated 6,000 job losses in the retail sector as big firms, including HMV, Jessops, Republic and Blockbuster entered administration. This provided plenty of work for accountants, who were instrumental in salvaging the businesses as much as possible.

In April 2013 the failure of Fresh & Easy, a subsidiary of Tesco, highlighted the difficulty of UK firms making it in the USA. International expansion is often an area accountants are asked to advise on.

Crisis on the high street

The squeeze on high street chains is closely linked to the double-dip recession and competition from supermarkets. Websites also account for nearly 13% of retail spending. Not only are these good case studies to include in assignments, the examples are good to give in interviews. Be sure to read any latest news before an interview as developments are constantly changing.

Top tips on being commercially aware…

What’s hot and what’s not

According to the PwC and the Local Data Company retail store closure statistics, high street store closures increased tenfold last year, with the number of stores closed by retail chains expected to double from 14 a day to 28.

The report found that payday loan stores and pound shops are the fastest-growing retailers on the high street, with card shops, computer game and health food stores the most depleted. Payday loan firms increased their high street presence by 20%, pawnbrokers were up 13%, and nearly two pound shops were opened weekly across the country.

As a budding accountant, it’s vital that you keep a close eye on developments in the business and finance worlds: key accountancy areas such as business recovery & insolvency, corporate finance and management accountancy rely on an accountant’s up-to-date knowledge and business acumen.